Thought you had enough awesome with Pirates, Ninjas, and Zombies? Well, get a load of this, bucko: Killer Plants, Steampunks, Ghosts, and Bear Cavalry are here to smash into your game!

Plants grow out of control. Steampunks build on bases. Ghosts shriek out of the ether, and Bear Cavalry scares away the opposition. Two players can play with just these decks, or mix them with original-recipe Smash Up for up to 4 players, and feel your awesome level skyrocket!

Awesome Level 9000 is the 2nd Smash Up set, which contains 4 new factions, 8 new bases and a rulebook. This set also includes the same bases as the Core Set with enlarged text to replace the previous bases. This set is also the first to contain VP tokens as a means of tracking victory points.

Combined with the Core Set, there are 12 factions and 24 bases, which make 66 possible pairs of factions. 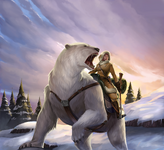 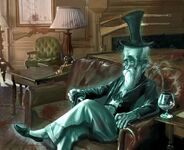 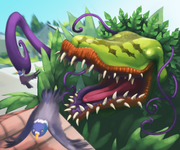 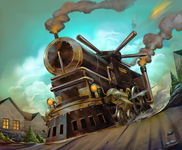 This set made these changes to the rules:

This set also added these clarifications: