Smash Up: Cease and Desist brings you some of the coolest new factions that are TOTALLY not anything at all like some awesome moves and TV shows that we are really into. Not at all.

Astroknights use the power of the Fours to defeat your enemies. The Star Roamers move about space, teleporting your minions from one quadrant to another. Changerbots can transmorph into various forms, with new abilities and strengths. And finally the Ignobles fight over the king's seat, but don't trust any of them!

Cease and Desist is the 10th Smash Up set. It contains 4 new factions, 8 new bases, a rulebook, VP tokens and 4 dividers.

Combined with all previous sets, there are 46 factions and 92 bases, which make 1035 possible pairs of factions.

The factions are all based on famous franchises. 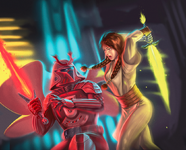 Astroknights (based on Star Wars) 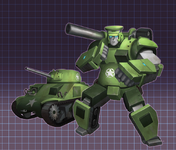 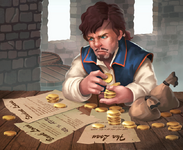 Ignobles (based on Game of Thrones) 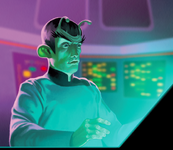 Star Roamers (based on Star Trek)

This set made a few modifications to the rules relative to the previous rulebook in It’s Your Fault!: