What do pirates, ninjas, robots, zombies, aliens, wizards, and some other things have in common? They're all trying to take over the world! But they can't do it alone--so they're teaming up.

Every combo brings a different experience in this fast-paced shufflebuilding game. Take two 20-card decks, smash them together, and then rock your opponents'faces!

Each faction has a different style: Pirates move cards. Zombies come back from the discard. Dinosaurs are just freaking huge. Each pairing creates different gameplay. And each game is a different throw-down!

Is Smash Up a game you can live without? Not if you're awesome. Choose a side. Chose two! And start the carnage!

The Core Set is the original Smash Up game, and as such is the first set. It includes 8 factions, 16 bases, a rulebook and a storage tray.

There are 28 possible pairs of factions from this set alone. 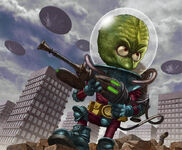 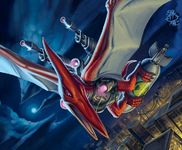 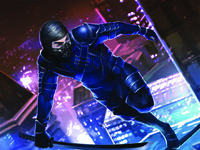 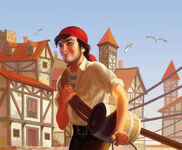 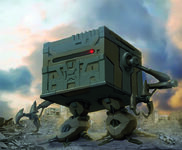 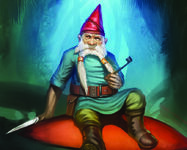 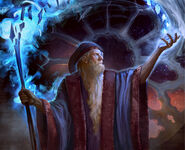 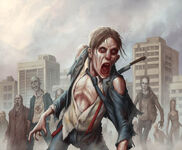