Oops, You Did It Again

Smash Up has turned the asylum over to the inmates yet again! After the success of It’s Your Fault, we decided to let the fans choose the factions that would make up the latest set of Smash Up, and they went for some powerful choices! A huge field was whittled down to the top four, and here they are: Cowboys call out opposing minions for shootouts, Samurai face their noble end in battle to bring glory to their player, Ancient Egyptians bury secrets deep in the sands, while the Vikings… well they just take other people’s stuff!

- Oops, You Did It Again box description

Oops, You Did It Again is the 15th Smash Up set. It contains 4 new factions, 8 new bases, a rulebook, and VP tokens.

Combined with all previous sets, there are 64 factions and 128 bases, which make 2016 possible pairs of factions.

This is the second set in which all the factions were submitted by fans and then a popularity vote was used to select the factions of this set. AEG previously did it for the It’s Your Fault! set.

This set introduces the Duels and Burying mechanics. 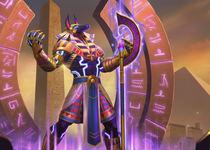 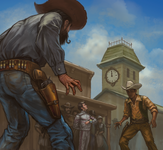 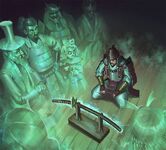 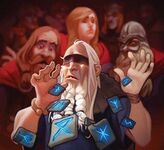 This set made a few modifications to the rules relative to the previous rulebook in That ’70s Expansion: