Think only pirates, time travelers, vampires, and bears can smash bases? Well, get ready to be taught a lesson... in the nicest way possible!

Pretty Pretty Smash Up brings the sweetest factions ever to the vicious fight for victory! Kitty Cats use their incredible cuteness to take control of enemy minions. Princesses ply their royalty, beauty and even their love to get their way. Fairies' fickle tricks give you options like never before, while the herds of Mythic Horses work together for dominance! Get ready: your opponents will never know what hit them!

Pretty Pretty Smash Up is the 7th Smash Up set. It contains 4 new factions, 8 new bases, a rulebook and VP tokens. This set is also the first "regular" set (excluding The Big Geeky Box) to provide dividers for its own factions for use as separators in The Big Geeky Box.

Combined with all previous sets, there are 29 factions and 54 bases, which make 406 possible pairs of factions. 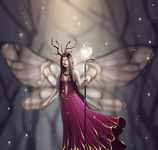 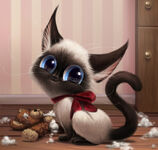 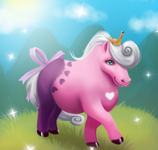 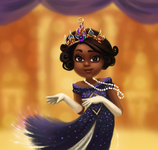 This set made several modifications to the rules relative to the previous rulebook in Monster Smash: