Now we've smashed up Munchkin with Smash Up!

Smash Up is the game where each player smashes two weird factions together and tries to crush all the others. The factions in this set are Munchkin races and classes: Orcs, Warriors, Halflings, Clerics, Dwarves, Elves, Thieves, and Mages! All the factions have different powers, and every team-up is different.

This set may be played by itself, but all the factions are fully compatible with your existing Smash Up sets. There are also brand-new card types. Monsters lurk around the bases, and Treasures give you new rewards when you smash a base!

Smash Up: Munchkin is the 8th Smash Up set. It contains 8 new factions, 16 new bases, a treasure deck, a monster deck, a rulebook, VP tokens, 10 dividers (for each of its faction, monster and treasure decks) and a storage tray. This set is playable with 4 players without any other Smash Up set.

Combined with all previous sets, there are 37 factions, which make 666 (oh no!) possible pairs of factions.

This set introduces Monsters and Treasures. 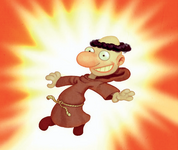 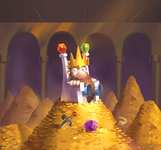 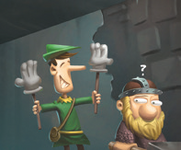 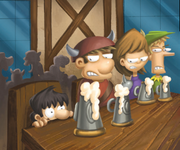 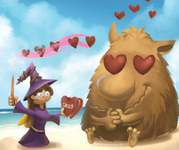 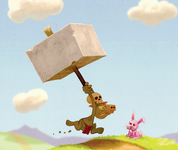 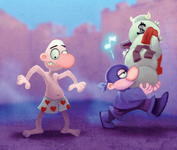 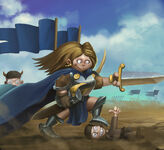 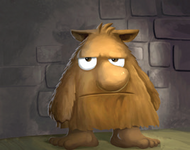 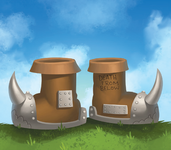 This set made a few modifications to the rules relative to the previous rulebook in Pretty Pretty Smash Up: