Can You Dig It?

Right on! Hop in the Waywaywayback Machine and join Smash Up in the dy-no-mite ’70s! Few decades have had as much style as the ’70s, and it created some memorable factions we knew you’d want to use to smash bases. We had to give them to you, because, who loves ya, baby?

The Disco Dancers know the strength of dancing together, and can really shake things up when they copy each other. The Kung Fu Fighters make power flow like water among themselves, and even from their enemies. The Truckers move themselves and their load across the bases, all while sticking it to corrupt law enforcement. And the Vigilantes dish out hard-nosed justice like no others. Solid!

That ’70s Expansion is the 13th Smash Up set (The All Stars Event Kit and the Sheep giveaway aren't considered by AEG as regular sets.) It contains 4 new factions, 8 new bases, a rulebook, and VP tokens.

Combined with all previous sets, there are 60 factions and 120 bases, which make 1770 possible pairs of factions. 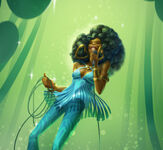 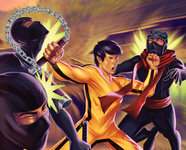 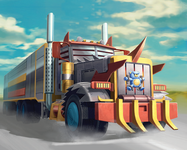 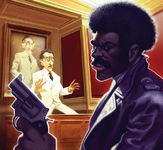 This set made a few modifications to the rules relative to the previous rulebook in Big in Japan: